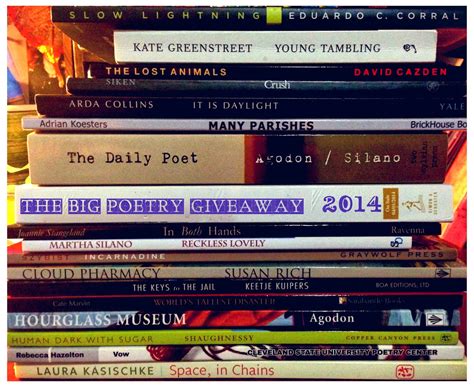 Some people try again and again
They’ll never be who they want them to be
Still, they try so they can be loved

Some people will never be loved.

I decided a long time ago

That there are things in live you just can’t change. Your beloved once will die some day and you can’t do anything against that. Some people will come into your live and other people will go out of your live as they were never there. The clock will always tick, and you can’t do nothing against it. Your live will always continue until you die and there is absolutely nothing you can do against that, you are not capable of freezing time, so I try to enjoy every last second of it.

I am supposed to set up the table,
My mother says.

I should go to school,
The government says.

I must run ten rounds,
My teacher says.

I am expected to sleep eight hours,
My body says.

I have to study or am going to be a failure,
My conscious says.

I should go to the party,
My friend says.

I ought to listen to them,
My brain says.

I am supposed to be more cheerful,
The girl says.

Everything is just fulfilling orders.
I say.

In the dining room
Of course, listening to you
And only to you.

What is a haiku
It is so complicated
But you will just see.

Who am I right now?
Hey, it´s me who you are now
Hell no, please just go.

Night Before First Day Of School

My night before the first day of school is always very long. My sleep schedule is always very late, because of the summer holidays. Usually I’m very happy when the new school year starts. My clothes and my backpack are all ready. Lying on my bed at 2am I can’t get any sleep, because of the many thoughts crossing my mind. Thinking about many unnecessarily things and excited to meet my friends I was already dreaming all of a sudden.

How I feel about being alone

Being alone is about being free,
Safe from anyone´s gaze or judgement,
Time to give into our longings,
Dancing, screaming, singing, crying…

To be alone can feel too good,
So good that it becomes a habit.
You skip social gatherings with friends,
Just to be at home without anyone.

Before you can even realize it,
You´ve been absent one too many times.
Friends talk about events you can´t recollect,
You´ve become lonely and the odd one out.

Still people need time alone,
To reassess after talking to people,
Thinking by themselves without help,
Getting to know the person they live in.

Be careful when you´re alone.
It is a drug too easy to use.
Loneliness comes slowly and lethal,
But too many people are a sickness, too.

Even with all these rules I set for myself.
“Do what you want”
“Find something YOU like”
“Turn your passion into your job”
I don`t know what to do.
I don`t know how.
And I don`t know who to do it for.
Is it worth the risk?
Yes, you only live once, but what if that`s my sign to stop?
That I must stop wasting this one life I`ve got left.
What if it doesn`t work out and I end up as less than I am now?
I have so many questions.
So many that I think
It might be better not to answer them.

I like the way I live, I got used to it by now
Every day getting off from school, start my
Life-work balance flow.
But actually, I’m not into this I’m working hard all-day
Still, how can my face be so sad and grey

And finally, I’ve reached my top
So, I’m not wait’n to get my spot
To get my life ahead
I’ve gotta work harder yeah,
so be it.

Night before the first day of school

It’s the same every year. I carefully pick out an outfit for tomorrow put the prettiest nail polish on that I have, to “make a good impression” as if anybody really cared or even noticed. I tell myself that this year it was going to be different. I´m going to get organised like my teachers always tell me and I’m going to do all my homework. But in reality, I know by the end of the week the pretty nail polish will be all worn off and I will have wasted all my good outfits and I will fall back into the old pattern. Like I do every year.

I’m afraid to show something of myself,
because I know that soon it won’t be “me” anymore.
So I hide in the shadows of others and wait until I am fully myself,
forgetting that I cannot grow without sunlight.
(N.N.)

Night before the first day of school

Tomorrow my tenth year of school is starting,
My sleep is full of worrying dreams,
All made of challenges I cannot face.

I wake up after feeling overwhelmed,
The dream didn´t end with waking up,
The world is still in danger because of me.

“It´s over,” my parents told me,
No meteor is crashing down, ending everything.
I run back into my room, hiding under the covers.

Tomorrow is just the first day of school.
The world isn´t ending because I failed to save it.
Although, the summer, freedom, has come to an end.

Roller-skating, Star Wars, making cupcakes… There are just so many things that make me happy these days – I’d like to share some of them with you!

My number one Happy Thing at the moment is drawing. Sounds boring? It’s not! I just adore sitting in the park with my pad & pencil! I enjoy drawing with a soft pencil or a felt-tip pen. Believe me, it’s just so relaxing. Another Happy Thing for me is reading Asterix comics. Old, I know, but still so much fun! Try for yourself, I can really recommend it!

So, what’s your take on happiness? What makes you happy? Tell me about one of your favourite Happy Things in the comments below!!

Here are some of the latest 2D stories – SPACE ADVENTURE! Now it’s your turn – add your own story in the comments!

A not so usual boat trip

A few years ago a very strange thing happened. Oliver and Kevin went on a boat trip in Whitchurch, and had lots of fun.

Just when Oliver was in the middle of a story, “And then I said …. OOOaahh!”, he screamed. A beam pulled him into a tiny UFO! “Brother!” Kevin suddenly cried out and it pulled him into the UFO, too. “Where are we?“,  the brothers both whispered. The next moment a little blue hamster gave them a piece of green cake, and it was very good! But what was that? Suddenly Kevin and Oliver became very, very tired and lay down.

10 hours later: “Huh? And where are we now?“ Oliver screamed when he woke up on a colorful planet full of blue, yellow and pink hamsters!

They went rowing until 6.p.m. But when they wanted to return, Lisa suddenly shouted, “Look Sam! What is that?!” She pointed at a huge strange flying thing. It stopped above them and the children saw a beam. At that moment, the huge strange thing landed on the water. Sam and Lisa couldn’t believe what they saw! It was a green alien-rat coming out of the strange thing. It said: ” Come with me or you will never see your family again!” So Sam and Lisa followed the rat.

After 3 hours they were on a planet called Rat Alien Planet. The boy and the girl never came back to their family. The rat was a liar.